You are here: Home / Education / Did You Know? / Cancer 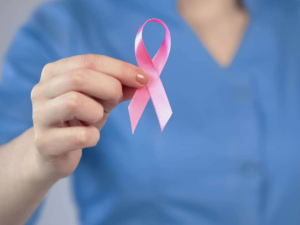 Cancer begins in your cells, which are the building blocks of your body. Normally, your body forms new cells as you need them, replacing old cells that die. Sometimes this process goes wrong. New cells grow even when you don’t need them, and old cells don’t die when they should. These extra cells can form a mass called a tumor. Tumors can be benign or malignant. Benign tumors aren’t cancer while malignant ones are. Cells from malignant tumors can invade nearby tissues. They can also break away and spread to other parts of the body.

Cancer is not just one disease but many diseases. There are more than 100 different types of cancer. Most cancers are named for where they start. For example, lung cancer starts in the lung, and breast cancer starts in the breast. The spread of cancer from one part of the body to another is called metastasis. Symptoms and treatment depend on the cancer type and how advanced it is. Most treatment plans may include surgery, radiation and/or chemotherapy. Some may involve hormone therapy, immunotherapy or other types of biologic therapy, or stem cell transplantation.

There are many different symptoms of cancer. Often, your symptoms will depend on what kind of cancer you have. For example, a symptom of breast cancer is a lump in the breast. A symptom of skin cancer is an abnormal-looking mole. General symptoms that tend to go with multiple types of cancer include:

Cancer is caused by mutations in the DNA in your cells. The DNA is inside your genes, which give instructions to the cells on what they are supposed to do. When the DNA mutates, it causes errors in the instructions. This makes the cell stop functioning normally. It can lead the cell to become cancerous.

Many things can cause your genes to mutate. Sometimes you are born with a mutation. This means you inherited it from your parents. More commonly, the mutations happen after you’re born. Factors that can cause this include:

The cause of many cancers remains unknown.

The most common cause of cancer-related death is lung cancer.

In the United States, skin cancer is the most commonly diagnosed cancer.

In US men, other than skin cancer the three most common cancers are:

In US women, other than skin cancer the three most common cancers are: