You are here: Home / Education / Did You Know? / Blood Disorder 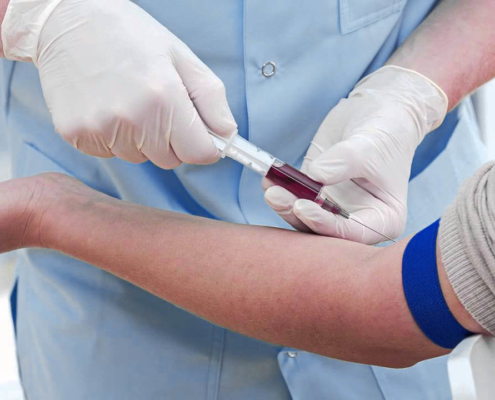 Blood disorders affect one or more parts of the blood and prevent your blood from doing its job. They can be acute or chronic. Many blood disorders are inherited. Other causes include other diseases, side effects of medicines, and a lack of certain nutrients in your diet.

Types of blood disorders include:

Blood disorders can cause various symptoms in almost any area of the body. Most commonly, symptoms are caused by decreases in the blood components.

Occasionally, symptoms may relate to increases in blood components.

Some blood disorders cause a person’s blood to become thickened by increased quantities of immune-related proteins, red blood cells, white blood cells, or platelets. This thickened (more viscous) blood may have difficulty passing through small blood vessels, decreasing blood flow to certain areas of the body, which is a serious condition called hyperviscosity syndrome. Affected people may experience symptoms such as shortness of breath, headaches, dizziness, and confusion. Hyperviscosity syndrome can occur in people who have multiple myeloma, in which it is caused by increased immune system proteins.